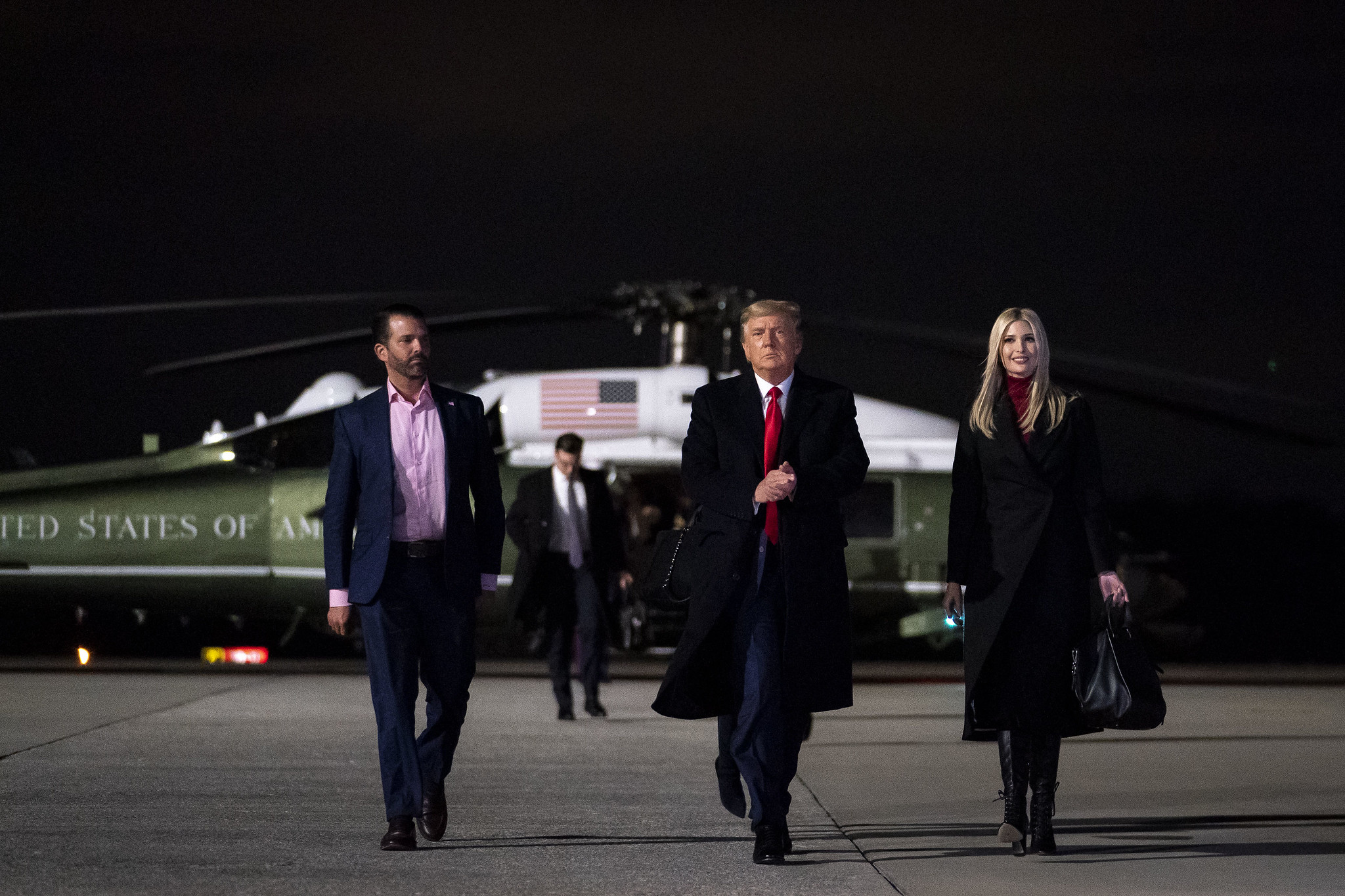 WASHINGTON (AP) — Lawmakers of both parties raised the prospect Thursday of ousting President Donald Trump from office, and House Speaker Nancy Pelosi said that if he wasn’t removed, the House may move forward with a second impeachment.

Though Trump has less than two weeks in office, lawmakers and even some in his administration began discussing the issue Wednesday afternoon as Trump first refused to forcefully condemn the violent assault on the U.S. Capitol by a mob of his supporters, and then appeared to excuse it.

Senior Trump administration officials raised the long-shot possibility of invoking Section 4 of the 25th Amendment — the forceful removal of Trump from power by his own Cabinet.

Pelosi told a news conference she is waiting for a decision from Vice President Mike Pence and other Cabinet officials. She challenged several of them by name, including Secretary of State Mike Pompeo and Treasury Secretary Steve Mnuchin.

“Do they stand by these actions?” Pelosi asked. “Are they ready to say that for the next 13 days this dangerous man can do further harm to our country?”

Most Democrats, and many Republicans, put the blame squarely on Trump after hundreds of protesters bearing Trump flags and clothing broke into the Capitol on Wednesday and caused destruction and mass evacuations. The president had urged his supporters to protest as Congress was counting the electoral votes that confirmed Joe Biden’s win.

Pelosi said “a threshold was crossed of such magnitude” that Trump should not be allowed to make any decisions. And if the Cabinet didn’t act, the House might, she said.

There did not appear to be public support for the move, for now, among members of Trump’s Cabinet, especially after Transportation Secretary Elaine Chao resigned in protest Thursday following the Capitol attack. But officials across the government went so far as to study up on the procedures for declaring Trump “unable to discharge the powers and duties of his office.”

According to two people involved in the administration talks, staff-level discussions on the matter took place across multiple departments and even parts of the White House. No member of the Cabinet has publicly expressed support for the move, which would make Pence the acting president. But several were believed to be sympathetic to the notion, believing Trump is too volatile in his waning days before Biden’s inauguration on Jan. 20.

Under the 25th Amendment, Trump could dispute his Cabinet’s finding, but the Cabinet could quickly reaffirm its position, keeping Pence in power while the question fell to lawmakers.

As lawmakers assessed damage in the ransacked Capitol, Senate Democratic leader Chuck Schumer also called Thursday for the Cabinet to remove him.

Schumer said the attack on the Capitol “was an insurrection against the United States, incited by the president.” He said Trump “should not hold office one day longer.”

Schumer said Pence and the Cabinet should invoke the 25th Amendment and immediately remove Trump from office. Otherwise, he said, it’s up to Congress.

“If the vice president and the Cabinet refuse to stand up, Congress should reconvene to impeach the president,” Schumer said.

While the House could quickly vote to impeach Trump, it is extremely unlikely that Congress could remove the president in the next 13 days. The Senate would have to receive the articles and then hold a trial and vote on them.

And even if they did so, the Republican Senate would be unlikely to vote to convict. Democrats are set to narrowly take the Senate when Biden is inaugurated, but Senate Majority Leader Mitch McConnell holds the gavel until then.

As Pelosi suggested impeachment was a possibility, three Democrats on the House Judiciary Committee announced articles of impeachment. Reps. David Cicilline of Rhode Island, Jamie Raskin of Maryland and Ted Lieu of California wrote in the articles that Trump “willfully made statements that encouraged — and foreseeably resulted in — imminent lawless action at the Capitol.”

The House impeached Trump in 2019, but the Republican-led Senate acquitted him in early 2020.

At least one House Republican also called for Trump’s removal. Rep. Adam Kinzinger, R-Ill., a frequent Trump critic, said in a video on Twitter that Trump is “unfit” and “unwell.”

Kinzinger said the president “must now relinquish control of the executive branch voluntarily or involuntarily.”

Former Sen. Jeff Flake, R-Ariz., who’s clashed with Trump for years, said he doesn’t think invoking the 25th Amendment is realistic because of the support it would need from Cabinet members and because of the short time left in Trump’s term. But he said in an interview that he supported the decisions both by some White House and administration officials to quit and others who are remaining “to ensure that basically the guard rails stay where they should.”

Flake added: “We’ve got two weeks here, and let’s make sure we get to the inauguration.”