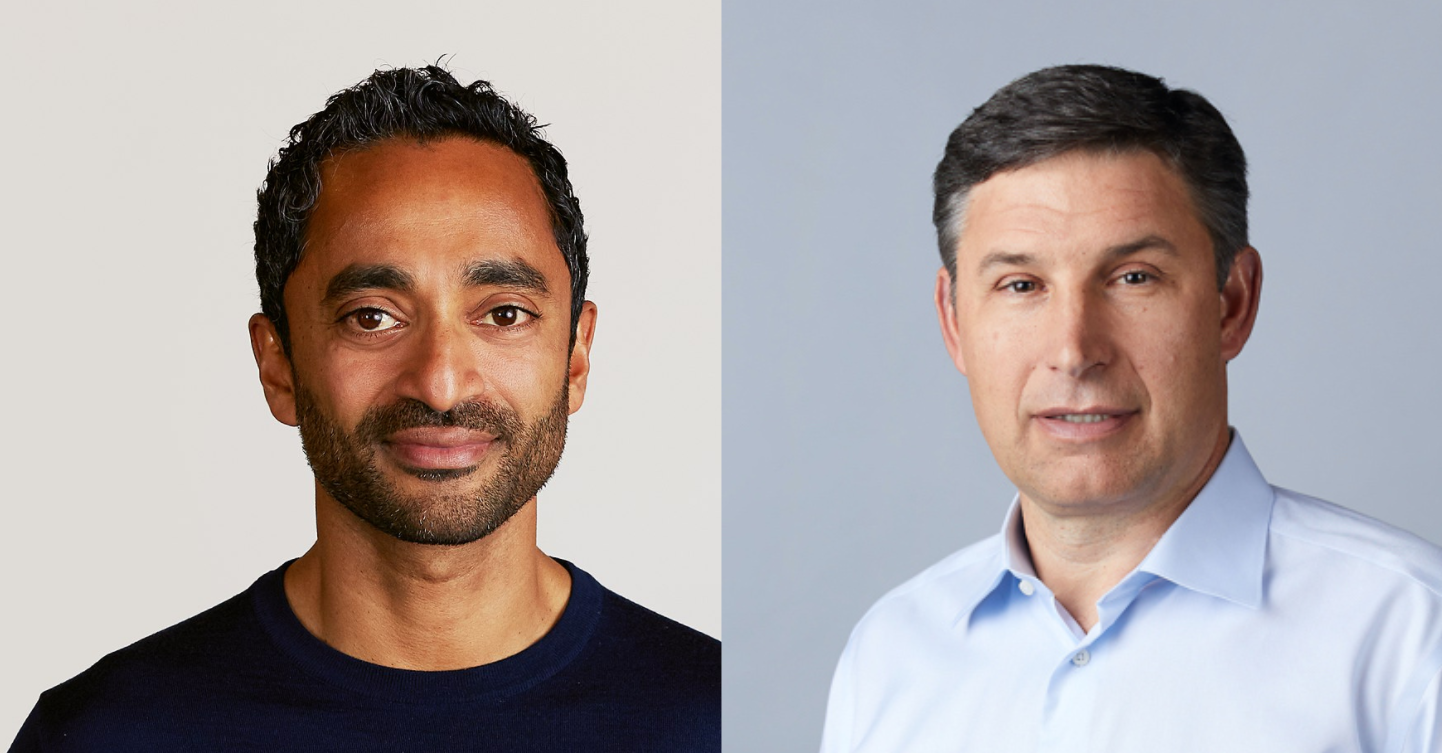 Images: Chamath Palihapitiya, Anthony Noto. Sources: tasti-sc,
You do not have permission to view link Log in or register now.
, via Wikimedia Commons; SoFi.​
By Joshua Franklin, Anirban Sen and Krystal Hu

The deal values SoFi at around $8.65 billion and is expected to provide up to $2.4 billion in cash proceeds to the San Francisco-based company.

Reuters had reported earlier on Thursday that SoFi and Social Capital were nearing a deal to merge. Shares of Social Capital closed up 58% at $19.17 apiece.

“Our goal is to build a one-stop financial platform and our diversified products can help us navigate both a high interest and low-interest environment,” SoFi Chief Executive Anthony Noto told Reuters in an interview, adding the company has seen home loan refinancing business and investment products growing fast in the past year.

SoFi plans to use the proceeds to pay back debt from the $1.2 billion acquisition last year of payment software Galileo and to grow its business.

Founded in 2011, SoFi capitalized on the retrenchment of banks from large swaths of consumer lending in the aftermath of the 2008 financial crisis.

It started with refinancing student loans and expanded into mortgages and personal loans. The company said in October it had received preliminary approval from U.S. regulators for its application for a national bank charter. The company has also branched out into stock trading and cash management accounts.

SoFi said it expects to generate about $1 billion of adjusted net revenue in 2021, a 60% jump year-over-year.

SoFi had planned to go public through a traditional initial public offering (IPO) in 2021 after raising money in a private round but chose the SPAC route because it preferred the deal certainty and the ability to make projections in talks with investors, Noto said.

A SPAC is a shell company that raises money in an IPO to merge with a privately held company that then becomes publicly traded as a result.

They have emerged as a popular IPO alternative for companies, providing a path to going public with less regulatory scrutiny and more certainty over the valuation that will be attained and funds that will be raised.

Palihapitiya has been one of the most prolific sponsors of SPACs, merging them with a range of companies, from space tourism firm Virgin Galactic Holdings Inc to home-selling platform Opendoor Technologies Inc.

Social Capital Hedosophia V raised around $800 million in an IPO on the New York Stock Exchange in October.

Reporting by Joshua Franklin in Miami, Anirban Sen in Bangalore and Krystal Hu in New York; Editing by Matthew Lewis and Rosalba O’Brien.