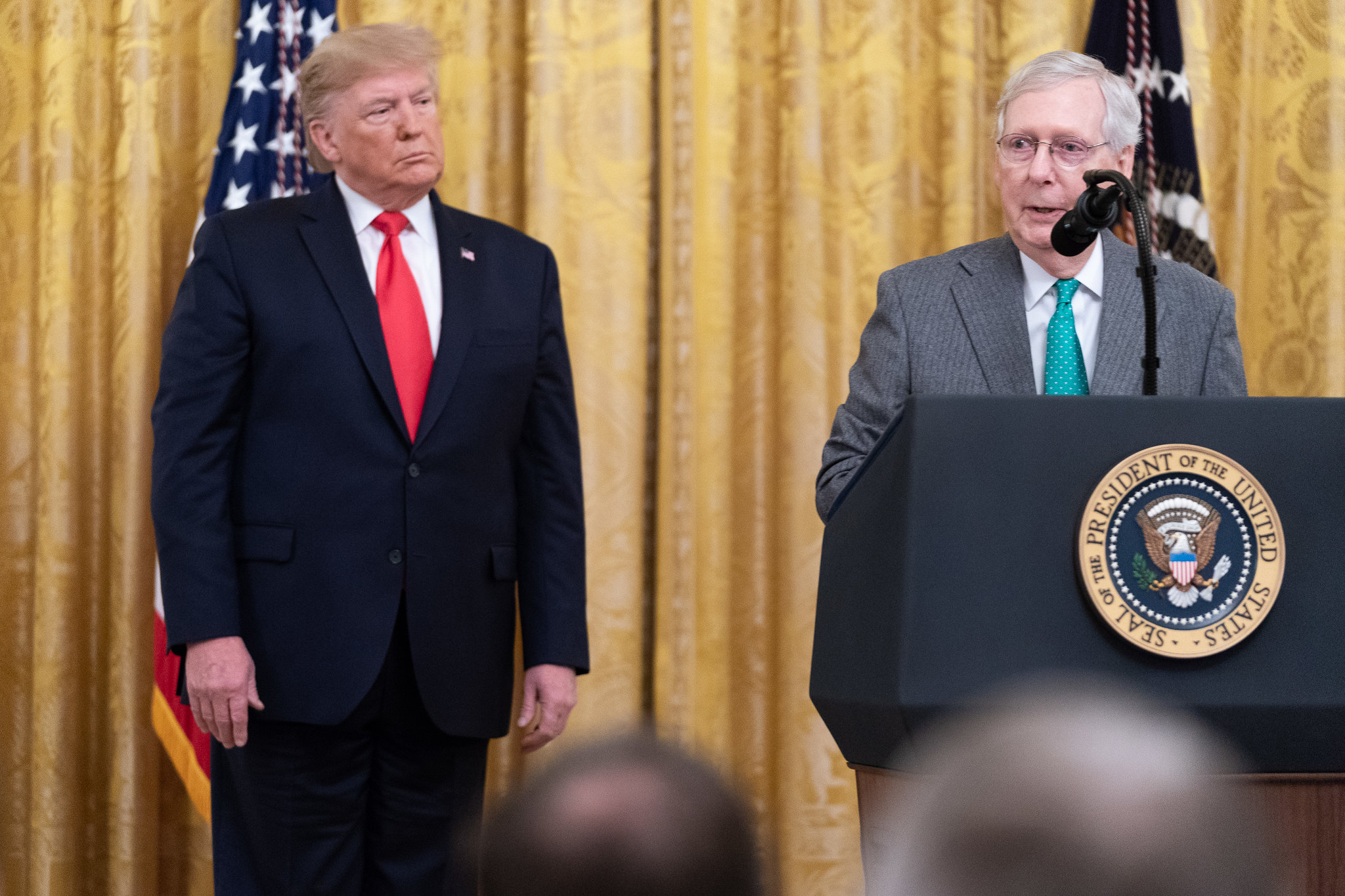 WASHINGTON (Reuters) -U.S. Senate Republican leader Mitch McConnell on Wednesday ruled out a vote on a bill to raise coronavirus relief checks to $2,000 from $600, likely killing the effort pushed by President Donald Trump.

McConnell said on the Senate floor that a bill passed by the Democratic-controlled House of Representatives, which sought to meet Trump’s demands for bigger checks, “has no realistic path to quickly pass the Senate.”

Trump had ramped up pressure on fellow Republicans to back the bigger COVID-19 stimulus checks for struggling Americans in a series of tweets over recent days. “$2000 ASAP!” Trump tweeted early on Wednesday.

The intraparty tensions over the effort to increase the payments from the $600 already approved by Congress were exacerbated by a second showdown over an effort in Congress to override Trump’s veto of a defense policy bill.

The Republican-controlled Senate was set to take a step closer to what would be the first veto override of Trump’s nearly four years as president with a procedural vote on Wednesday.

With a new Congress due to be sworn into office on Sunday following November’s election, McConnell’s remark suggested the legislation that passed the House on Monday would simply expire.

McConnell said the $2,000 checks were not targeted and would go to some people who do not need them.

Late on Tuesday, McConnell introduced a bill that combined the $2,000 checks with provisions scrapping certain legal protections for social media companies and calling for a study of election security, a major issue for Trump, who claims without evidence that fraud helped Democrat Joe Biden defeat him in the November election.

Since most Democrats do not support the second two measures, the maneuver looked set to kill off prospects for all three.

On Tuesday the president attacked Republican leaders as “pathetic” and accused the party of having a “death wish” if it did not back raising the stimulus payments or scrap the legal protections for social media companies.

The cracks in Trump’s relationship with Republican Party leaders come three weeks before Trump hands over power to Biden on Jan. 20.

Congressional Republicans have largely stuck with Trump through four turbulent years, but the president is angry that they have not fully backed his claims of election fraud.

The House of Representatives overturned Trump’s defense bill veto on Monday. Once procedural hurdles in the Senate are cleared, a final vote could come later in the week or over the weekend.