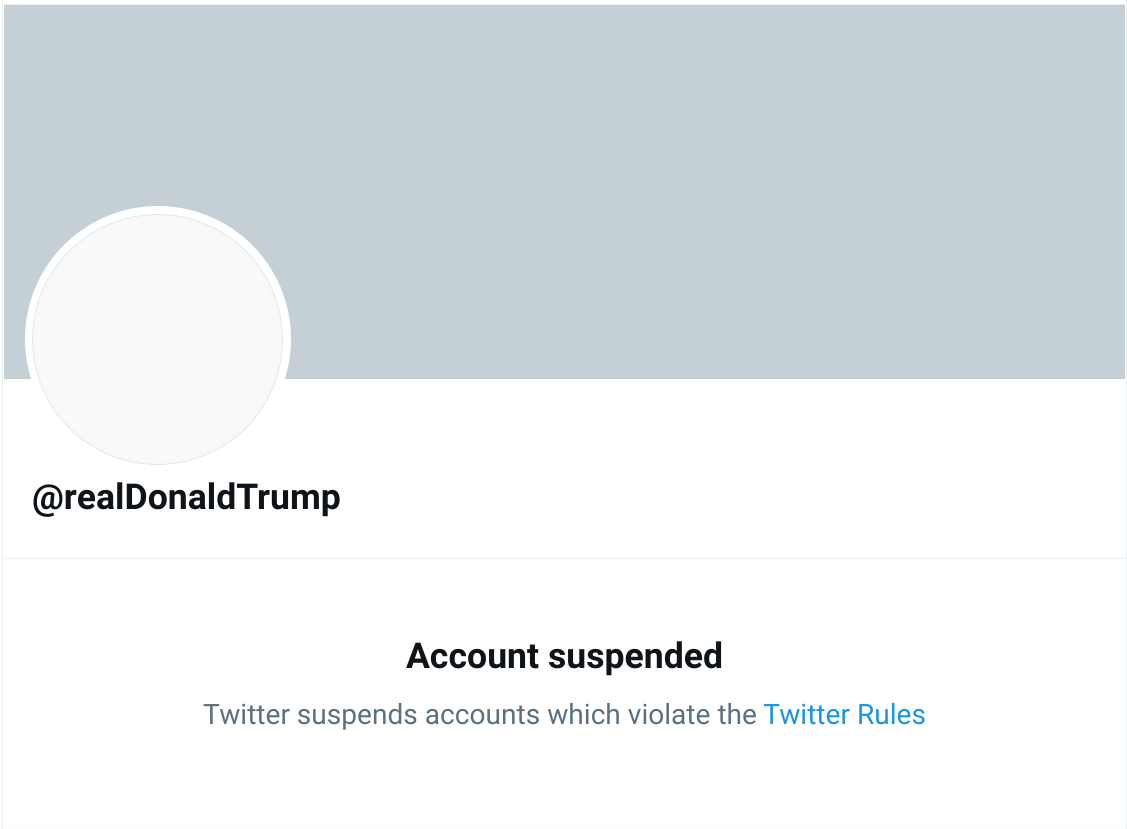 The social platform has been under growing pressure to take further action against Trump following Wednesday’s deadly insurrection at the U.S. Capitol. Twitter initially suspended Trump’s account for 12 hours after he posted a video that repeated false claims about election fraud and praised the rioters who stormed the Capitol.

Twitter’s move deprives Trump of a potent tool he has used to communicate directly with the American people for more than a decade. He has used Twitter to announce policy changes, challenge opponents, insult enemies, praise his allies and himself — and to spread misinformation, flirt with inciting violence and denounce targets of his ire in capital letters.

The White House did not immediately respond to a request for comment. The official account for the President of the United States, @potus, remains live.

Twitter has long given Trump and other world leaders broad exemptions from its rules against personal attacks, hate speech and other behaviors. But in a
You do not have permission to view link Log in or register now.
, the company said recent Trump tweets amounted to glorification of violence when read in the context of the Capitol riot and plans circulating online for future armed protests around the inauguration of President-elect Joe Biden.

In those tweets, Trump stated that he will not be attending the inauguration and referred to his supporters as “American Patriots,” saying they will have “a GIANT VOICE long into the future.” Twitter said these statements “are likely to inspire others to replicate the violent acts that took place on January 6, 2021, and that there are multiple indicators that they are being received and understood as encouragement to do so.”

The company said “plans for future armed protests have already begun proliferating on and off-Twitter, including a proposed secondary attack on the US Capitol and state capitol buildings on January 17, 2021.”

Twitter said its policy enables world leaders to speak to the public, but that these accounts “are not above our rules entirely” and can’t use Twitter to incite violence. Trump had roughly 89 million followers.

Trump’s persona on Twitter has long functioned as a mix of policy announcements -- often out of the blue; complaints about the media; disparagement of women, minorities and his perceived enemies; and praise for his supporters, replete with exclamation marks, all-caps, and one-word declarations such as “Sad!”

He has fired numerous officials on Twitter and his posts, like his speeches at rallies, are a torrent of misinformation.