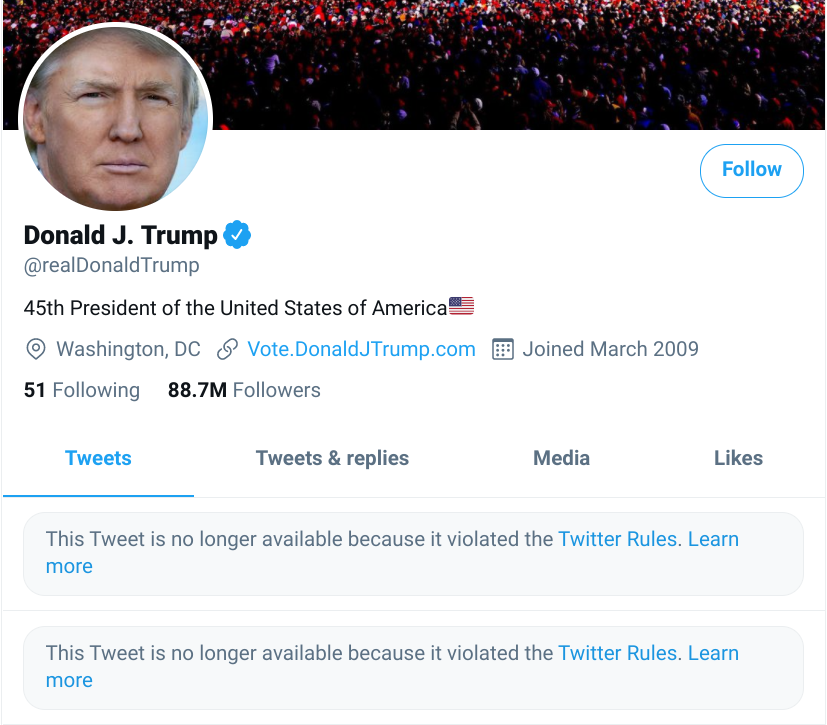 (Reuters) - Twitter said on Wednesday it had temporarily locked the account of U.S. President Donald Trump for 12 hours over "repeated and severe violations" of the social media platform's civic integrity rules and threatened permanent suspension.

Twitter said it required the removal of Trump’s tweets “as a result of the unprecedented and ongoing violent situation in Washington, D.C,” after pro-Trump protesters stormed the U.S. Capitol in an attempt to force Congress to overturn the election result.

It said if the tweets, in which the president pushed baseless claims about the election, were not removed then the account would remain locked, meaning the president would be unable to tweet from @realDonaldTrump.

Twitter also said in a tweet that future violations of its rules, including its civic integrity or violent threats policy would result in the account’s permanent suspension.